…are different than Everyday Rules. As I mentioned in a previous post, we took Chicken camping for my birthday last weekend. On our adventure, we learned some valuable lessons while camping with an 8-month-old. Probably the most important one was that your everyday rules get thrown out the window while living in the great outdoors particularly those pertaining to bedtime and sleeping arrangements.

Normally, Chicken goes to bed between 7:30 and 8:00, and she always sleeps in her own bed. She has always slept in her own room. We have never co-slept, not even for a nap. This is mostly because when Chicken was an infant, she had acid reflux. At first, the doctor thought it was colic but thankfully was later diagnosed with the very treatable acid reflux. During that time of continuous crying, the only time she would sleep was in her crib at night. Ever since then she has loved her crib, and her dad and I have thanked our stars for this. We assumed that camping would be no different. Like most assumptions in parenting, we were wrong.

Her first night camping, we let her stay up later than normal. I figured she would have a harder time putting herself to sleep in a new place, so I made sure she was tired before starting her bedtime routine. Going down in the pack-n-play went smoothly, and she managed to stay asleep later on when Andrew, myself and the two dogs climbed into the tent to go to sleep. At about midnight, she woke up crying. (To note, she has been waking a lot lately due to teething.) Normally, I don’t nurse her during the night, but I figured since we were camping all the normal rules had to go. I picked her up and nursed her until she calmed down and fell back asleep. When I laid her back in the pack-n-play, she woke up again. This time I tried to pretend I was asleep, FAT CHANCE! She had never seen me sleeping so close before and was like, “Why am I over here? Pick me up!” So instead of letting her cry and becoming “those” people at the campground, I picked her up and put her in bed with me and Andrew. She fell right to sleep. Home rules just don’t pan out when camping. Camping is about survival, I guess? (That’s pretty hard to say while using my phone as a sound machine.) From then on, we all got some decent rest. Other than me who was paranoid about rolling over onto Chicken or just even waking her up. (Mom worry never sleeps.)

Chicken woke up bright and early. Normally, she wakes up around 5 am, I feed her, and she goes back to sleep. But this morning in our family sleeping bag, she opened her eyes, saw mom and dad, and the sweetest grin spread across her face. She was so happy to wake up with us beside her. She was up and ready to play. The sleepless night was totally worth that sweet face, so from now on, when camping Chicken is allowed to sleep with us. It will be our camping treat, and just one more reason to love sleeping under the stars.

One thought on “Camp Rules…” 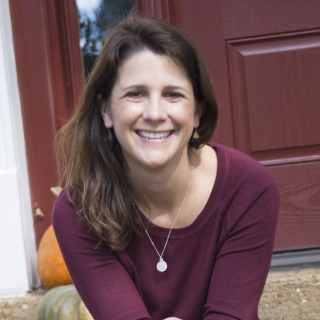